Our passion for sports began at a very young age. All of us at Anglesey-Race-Circuit.co.uk were part of youth football teams and eventually we discovered the exciting world of extreme sports. Many years ago, a couple of us were members of the People’s Countryside Football Club at one point and we are still huge fans of the sport even to this day. But in all honesty, nothing compares to the unique thrill of extreme sports. Looking back at how we got into extreme sports in the first place, one sport in particular stands out more than the others – skateboarding.

Skateboarding is one of the world’s most versatile sports ever created. It has everything you could ask for – freedom to do anything you want, you can perform it anywhere, it requires technical skills, it is fast-paced, it requires creativity and an it has an element of danger to it. These traits are what defines extreme sports and not least the skateboarding world. This sport is so iconic that it has its very own style of clothing, its own vernacular and has had an extreme impact on popular culture, particularly among young people but also among adults of all ages. How did a sport like skateboarding become synonymous with extreme sports? Well, there are several reasons but one is more significant than all others.

Back in the 70’s and 80’s, skateboarding was a sport for misfits and outcasts, being a skateboarder was not considered particularly cool to the outside world. There was no real hope for a well-paid career as a professional skater back then. But this would all change in a spectacular fashion in the mid- to late 90’s when Tony Hawk became a household name.

Tony Hawk started out his professional career at age 14. The only reason he was considered a professional was that he checked the “pro” box when he signed up for a backyard skate competition. Back then, being a pro didn’t mean you were headed for fame and fortune, but Tony kept his momentum going through the 1980’s and early 1990’s, innovating the sport with new tricks such as the Airwalk and the Madonna. He would skate alongside legends such as Steve Caballero and Rodney Mullen until he finally came up with one brilliant idea that would radically change both his life and the course of history. Enter the Tony Hawk’s Pro Skater video game!

When THPS hit the shelves back in 1998, Tony had just pulled off the first ever 900 trick (spinning 2 and a half times in the air) which caught the attention of extreme sports fans from all over the world. As Tony and his crew had built up their reputation in the past years, many new extreme sports had emerged and by now extreme sports had amassed a large fanbase in all corners of the world. 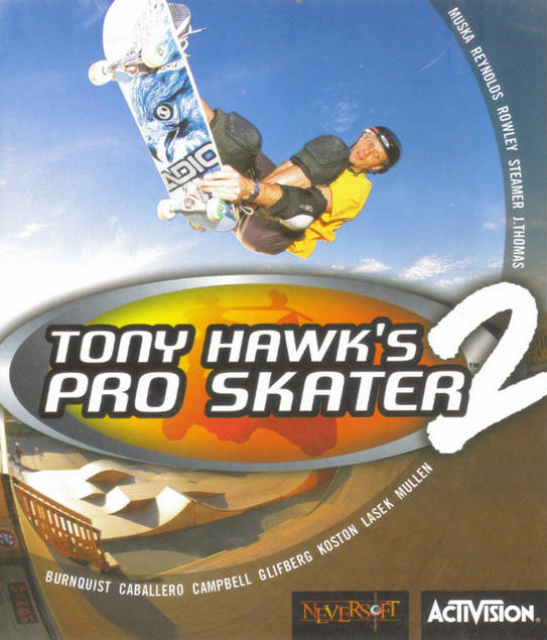 So, once his video game was released, it became an instant smash hit. In fact, Tony Hawk’s Pro Skater 1, 2 and 3 are still ranked in the top 10 best video games of all time according to Metacritic. This success is what really set the ball in motion for skateboarding to become a “mainstream” extreme sport. One could argue that Tony Hawk’s video games is the reason why skateboarding still exists. Otherwise, it might have eventually fallen back into obscurity. Thanks to the video games, young people across the world became fans of skateboarding, went out and bought their own board and started practicing for real. Many of the best skaters today have admitted that they only started skating because they fell in love with the sport after playing Tony Hawk’s Pro Skater.

From misfit to millionaire

While some may argue that video games are bad for you, here is a perfect example of how video games in fact can make children go outside and learn new skills in the real world. Now you know the story of how skateboarding went from a pastime for misfits to a world famous extreme sport with millions of fans from all nations. Skateboarding offers a kind of freedom, creativity and individual expression that few other sports have.

You can download some of the Tony Hawk video games for free online and find out what the games that changed extreme sports history is really like. If you haven’t played them yet, why not give them a try?